Sistah Girl Desserts may have started with an apple pie, but my love of cooking goes farther
back than that.  As a self proclaimed chef, I am always trying new recipes and I take enormous
pride in the recipes I create.  My kids used to say that when they were young  they always felt
like they were eating gourmet meals at our evening dinners. But to me, it was my way of
introducing them to different tastes.  I was always taught to be prepared to eat anything if
you were a guest of someone, so what better way to teach them graciousness then by
introducing  them to different ethic cuisines.

My Mom was from Rhode Island, so we grew up eating baked beans, canned brown bread,
and coffee ice cream. My father, who was from South Carolina, introduced us to
okra, beans and rice. Rice was always on the stove and every Saturday he cooked beans.
One of his southern traditions was making Hoppin' John (black eyed peas and rice) on New
Year's Eve, which is supposed  to bring you good luck in the coming new year.  My parents
took pride in their culinary traditions, so growing up I learned to enjoy two different regional
cuisines which are still a part of my everyday diet. Plus my father was a military man, so we
traveled extensively during my childhood, eating different cultural foods.  And because of
that, I learned to cook.

In our family, if you were a young adult, unemployed and living with your parents, there
were two things you had to contribute to the house:

At some point I was back living at home and the task of making the family evening meals became  my responsibility.  What was serendipitous, was that during that time, I had purchased a cooking encyclopedia from a traveling salesgirl, so I used that book and learned the art of cooking. I still refer to it from time to time.  I call it my culinary bible.

After making some traditional meals, my Dad would say "surprise me." So family meals
became a culinary experiment, with me trying many recipes.  I would always make something
different. And because of that, I refined my cooking and baking skills.
My father was very critical and if he didn't like something, he would let me know.  I remember
this one time I made Yorkshire Pudding for dinner. I remember him looking at me

sardonically and telling me never to make that again. I had to agree, it was awful.

But errors like that have made me a better cook and I take pride in my cooking and take many chances when creating new recipes.  And because of my love of cooking, Sistah Girl Desserts was, for me, a natural progression. It just took  me some time to get here.

What the Munchies Creates


So I had what some might call the munchies. I had eaten dinner and as always, whether it's ice cream or cake, I have to have dessert. That's how I grew up.
So I decide since I have a cream cheese filling already made (from last week) and fresh berries, I'm going to make crepes. I go to grab the butter, no butter, so I think no problem, I'll use coconut oil. So I get out my blender, crack the eggs; add the milk, oil, salt and water. I then get the flour tin and no flour, WTF! We are never out of flour!  I am always well stocked, ready to use at a moment's notice.

So now I'm panicking because it's late, I have no cash, (I'm on a shoestring budget this week) and I've already started the process. What to do???? I'm panicking and I'm hoping that I can find something that can be used as flour.  So I start opening the cabinets, cursing, trying to see what substitute I could use and then I spot my savior… old fashioned oats.


So I get out my blender, grind those babies into flour; add it to my half prepared mix. I whip the mix till it's light and fluffy; pour that sucker on a hot skillet and hallelujah!  I've got me some crepes. They turned out to be delicious.

Pictured is my most wonderful Berry filled Crepes. Mmmmmmm…….
So my advice to those lovers of cooking... let your inner cook guide your skills to your most creative culinary delights.


As always with love,
Barbara
The SGD Squad

Posted by Unknown at Tuesday, November 01, 2016 No comments:

Moving Forward in the Holiday Season 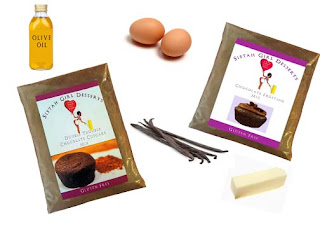 As we move forward this fall and into the holidays, we've  become wiser to the ins and outs of running a small business and to the challenges that comes when working closely with family.  But we continue to push onward toward our goal to becoming a successful gluten free baked goods company and providing you with our delicious desserts.

Over the summer, we redesigned our website and added new products to our line.
Because we're a small business, we had to come up with some pretty inventive ways to do our research and development.  So we  recruited our friends, family and neighbors  across the nation to taste and critique each potential product. They loved helping us and didn't mind being our test subjects because they loved our goodies and became impatient  to test  more  of our delicious desserts.  Maybe some of you saw them on Instagram and Facebook.

For all you local folks out here in Hawaii that haven't tasted our scrumptious fare, then you're going to want to try what your neighbors are enjoying.  And you can be assured that all Sistah Girl Dessert are made fresh from scratch and always made to order.   Please check out our menu and order your mixes today. The holidays are upon us and we look forward to sharing the season with you.

But if you love to bake, live far away, and want to experience our wonderful desserts, for you, we've created our "Double Trouble" Chocolate Cupcake mix that's to die for, and you're going to be blown away by our melt in your mouth "Rockin" Raspberry Brownies. So order your kit today and experience what our friends and family out here on the islands are eating and enjoying. You'll be happy you did.

As always, our desserts are made with only the best organic and natural ingredients available. And even though we use no gluten, we will never sacrifice good taste and what tastes good.  So be prepared to be amazed by what I consider the best gluten free desserts available on the market today.

Also, please peruse our website, read our story and checked out our great dessert menu.


And Remember.... ALWAYS BAKE WITH LOVE!


MAY THE SWEETNESS OF SUCCESS FULFILL YOUR LIFE THROUGHOUT THE NEW YEAR!

We've been so busy planning our strategy for success this past year that we've had no time to update you all on what's happening at Sistah Girl Desserts.  This upcoming year promises to be a fantastic year of growth. We are already preparing for two wonderful events in February and March which promises to expose our company even more and introduce our product to a wider audience.


As some of you know I am an artist at heart and have done many things.  I have taught children, created an award show, curated art events, raised children, packed up and moved to the middle of the Pacific but nothing in all of that has prepared me and mine on how to run a bakery.  All that other stuff was easy compared to this. This is real work. And for all you artists out there, you know exactly what I'm talking about.  A DAILY ROUTINE is not our forte.  But I've pushed on through with discipline, lots of meditation, and lots of hard, hard work.

So during the past year, I (we) got smart and reached out to people and organizations that could help us achieve our goals and point us in the right direction.  There has been great accomplishment in doing this. We've taken the time to prepare our company for growth and continue to acquire the knowledge needed to succeed. We have established ourselves as a company and a recognized brand. That, to me, was the easy part.


But when all is said and done, I love to bake and I love what I do and I love what we're creating as a family.  So feel free to join our family on our journey. We would love you to come along for the ride.

We thank you for your continued support.

With warm regards,
Barbara B. 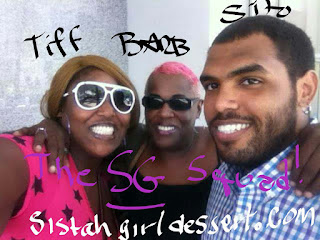 -The day we opened our company bank account  -
Posted by Unknown at Friday, January 22, 2016 No comments: